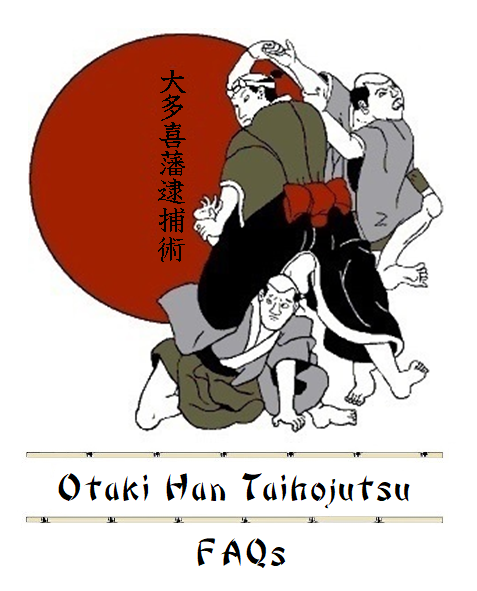 No (and yes).  Modern taihojutsu was created in the late 1940s to meet the specific needs of the post-WWII Japanese police force.  It is an amalgamation of techniques from judo, aikido, jujutsu, karate, and kendo.  However, before the creation of modern taihojutsu, older forms of taihojutsu existed from Japan’s feudal era.  The original taihojutsu system of the Otaki family was one of these older feudal systems.  It is what they developed into their family system and trained in specifically for use by the hereditary doshin (i.e., feudal policemen) of their family.

Present-day OHTJ, however, is not a feudal or “koryu” system.  Rather, it is a cross between a “Nihon gendai” system (modern Japanese) and a “gendai goshin” system (modern self-defense, usually developed outside Japan but based on Japanese martial arts).  OHTJ could be considered a Nihon gendai system in that it descends directly from the older feudal Otaki family system, however, from its inception it was continually refined and updated even by them to meet their needs as doshin/police (even up to the addition of Daito Ryu techniques by Myoshi Otaki in the first half of the 20th century).  Yet it could also be considered a gendai goshin system in that, in the USA, Shihan Merrill further refined, re-envisioned, and remade it into its present-day form.  Thus, a cross between these two types seems to be the best descriptor.

Thus, though modern in regard to its present-day curriculum and practice, OHTJ nonetheless has direct historical links to the techniques and traditions of the feudal taihojutsu of the Otaki family and demonstrates an organizational structure and traditional teaching methodology influenced by those feudal roots.  So, while OHTJ is not modern taihojutsu as developed in post-WWII Japan, it is modern taihojutsu in the sense that it has been continually updated and refined, both in post-feudal Japan and the USA, and therefore is not identical to the system practiced in feudal Japan.

No.  Brazilian Jiu Jitsu (BJJ) is derived primarily from judo’s ne waza (ground-fighting), and while OHTJ does contain ne waza, it is just one of several areas of technical study within the system and not the primary focus of the curriculum (as it is with BJJ).  OHTJ is what some would call “stand up” jujutsu, and as such it is far more like classical jujutsu (from which it is derived).

What is the ranking structure of Otaki Han Taihojutsu?

Each catalog/rank is awarded accordingly upon successful testing as a student progresses through the system.

How long does it take to earn a Black-belt in Otaki Han Taihojutsu?

OHTJ is a complex martial art and it is therefore impossible to predict the speed at which an individual will achieve certain milestones.  Progress is based on the individual; students are not competing against, nor compared with, each other.  Instructors evaluate students every time they train, and testing/promotion will occur when the individual is ready to move ahead.  However, the study of OHTJ is a lifelong endeavor; there is always more to learn and/or existing skills to polish.

What is the curriculum of Otaki Han Taihojutsu?

The unarmed curriculum of OHTJ is based on eight foundational pillars:

While the unarmed portion of OHTJ’s curriculum is the main focus, the system does also include introductory training in traditional weapons as well, including: 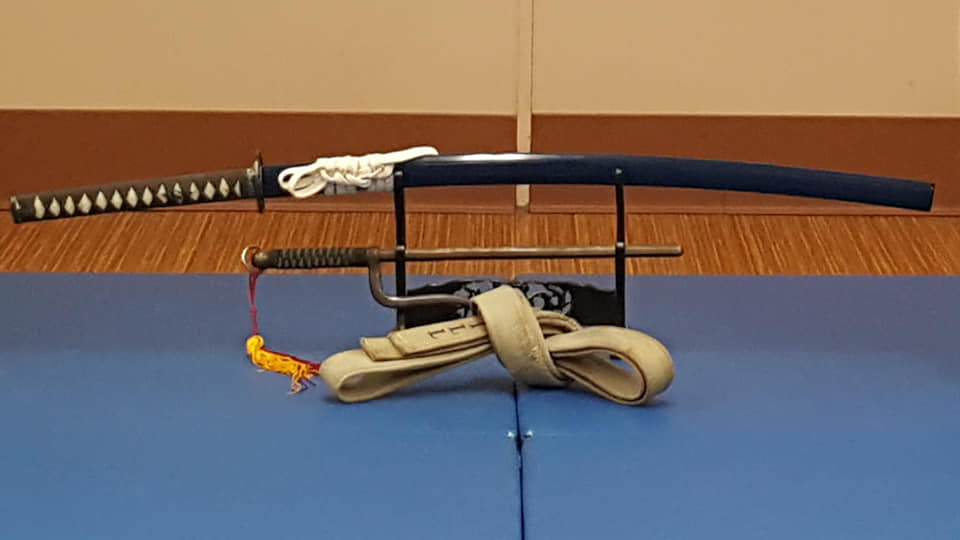